This piece chronicles my experiences and reflections as part of a study tour of three Chinese cities, namely, Beijing, Shanghai and Shenzhen. Most of the material, thoughts and experiences detailed here reflect my own personal feelings of place and the world through my eyes and in some instances the chorus of my feet thumping through the streets of urban China from Beijing to Shanghai and Shenzhen. The trip was organised by the Spatial Analysis and City Planning Unit in the School of Architecture and Planning at the University of the Witwatersrand in collaboration with the Chinese Academy of Planning and Urban Development (CAUPD) in Beijing. The aim was to engage Chinese urban scholars and learn about their experiences within the matrix of Chinese statecraft and also exchange ideas regarding the development of Chinese cities, their growth trajectories and the challenges that they grapple with. The Chinese development miracle is unparalleled in modern history and naturally, as urban scholars, we are curious to engage and understand the ethos and modus operandi of the Chinese state that has been leading such high octane urban developments. The exchanges are important within the context of South–South Cooperation and learning from parts of the world where urbanisation has been rapid and accompanied by simultaneous growth in infrastructure, an aspect in which, African countries like South Africa have lagged behind.

The ideal type of urbanisation in my view and as echoed widely in the urban studies literature, is one where the growth of the urban population is accompanied by the growth in infrastructure, including housing, sanitation, amenities, environment and so on. Either these grow simultaneously or sequentially. The highest growth in urban settlements currently occurs in the so-called cities of the “global south” or “developing countries”. The definition of developing countries itself is problematic as it often includes behemoths such as China and India, hence the common overstatement of the “rapid urbanisation” mantra. The growth in these third world cities, with the exception of China, has largely taken the form of slums, where the urban population overwhelms the existing infrastructure and cities fail to cope with the masses of poor urban dwellers. Academics and sections of the civil society often describe these as hallmarks of people centred urbanisms and have at times assigned them to the realm of “insurgent urbanism”, a concept introduced by James Holston (1995) and elaborated by Leonie Sandercock (1998), and John Friedmann (2002). Within the African continent, urban authorities are always on the backfoot and reacting to the rapid growth of the urban populations. Such growth is a nightmare for planning as it is often unpredictable and at times not logical in the planners’ dictum.

Whereas, traditionally the expectation or the accepted norm has been for the demand for labour in the cities to drive urbanisation, the current trends in most of the “third world” cities is driven by the poverty in rural areas and is supply denominated regardless of employment prospects in the cities. This conundrum in most of urban Africa, is what makes the Chinese case interesting from a learning point of view and in comparison, with South African cities for instance. On the one hand, there is the model of Chinese urbanisation, which is well planned and executed, often with large infrastructure programmes and entirely new cities built ahead of population movements. On the other, there is the familiar site of haphazard and disorderly mushrooming of settlements on vacant pieces of urban lands. These scenarios are common in cities with slums, such as Nairobi (Kenya), Johannesburg (South Africa) and Mumbai in India. One side, is a show of state power to plan and execute projects, while the other side exhibits a perceived failure of the state to muster control over rampant growth of urban populations and a downright deterioration into chaos urbanism.

My reading of Chinese urbanisation is informed by the lived realities of African cities and the comparisons are unavoidable. Walking down the streets of Beijing’s Haidan district and sections of Tiananmen Square, I could feel the heavy yoke of authority and formalism, perhaps more in the mind than through my planted feet. 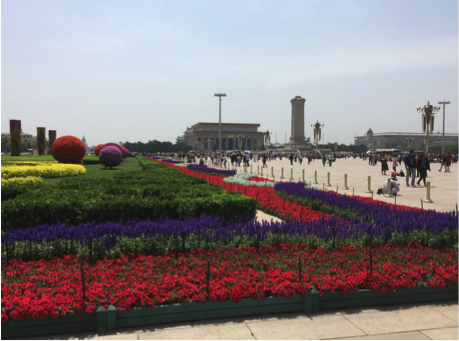 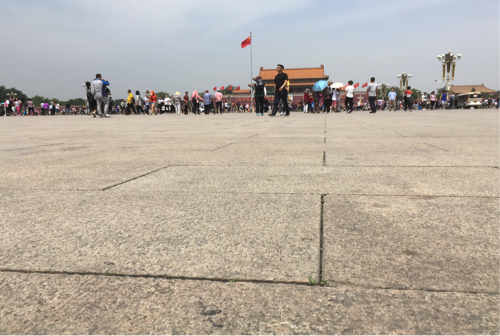 The question that often came to mind was – would I be happy in a city like Beijing? Would an urban citizen prefer to live in a high-rise apartment with formality or in a slum with limited levels of control? A city with slums but people centred or a city without slums but heavily planned and policed? Some of these questions colour my judgment and experiences of the huge variations between Chinese cities and regions. Perhaps of importance is to firstly engage the many positive aspects from Chinese experiences such as, the urban transport system, the environmental focus, and the transitioning of the economy and urbanisation. The realities also extend to challenges such as pollution in cities like Beijing and the downside of rapid urbanisation such as “shrinking cities”.

The environmental revolution
The popular mantra in China at the moment is about the “environment”, creating green infrastructure in the cities and investing in clean and renewable energy. Cities like Shenzhen are being developed as technological hubs while Shanghai is being positioned as a Financial Services centre, possibly to take over from Hong Kong as the entry and transit point for Foreign Direct Investment (FDI) into mainland China. China is on a drive to move beyond the high polluting industries and pioneer new technologies that place emphasis on technology and artificial intelligence rather than heavy manufacturing. Cities such as Beijing still struggle with air pollution. The grey patches of dust and soot on tree leaves on the way from the airport attest to the challenge. Beijing is a city on tenterhooks, and it gets worse during the winter months when thick smog envelopes the air. China, however is intent on creating livable cities with clean urban environments. Beijing for instance is being remodeled along the lines of Washington DC in order to keep only the capital functions in the core city and move polluting industries to satellite cities on the outskirts. 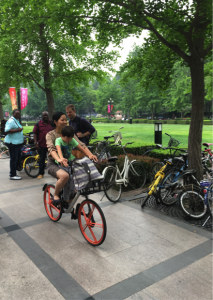 Cycling on the campus of Tsinghua university in Beijing. Photo credit: Graeme Gotz, 2018.

Regarding the urban transportation system, China has created a multimodal system that integrates the subway train system, bus rapid transit, cycling and walking. Planning for a massive urban population can be quite challenging, but China seems to have found a working solution with their high-speed underground commuter trains. These are complemented by the infrastructural developments that encourage the use of non-motorized transport systems such as walking and cycling. China is also making full use of their technological advancements, with software applications for the hire of bicycles, meaning that, urban residents do not necessarily need to own these, but can simply hire for a specific time and function. Bicycle parking in Shenzhen. 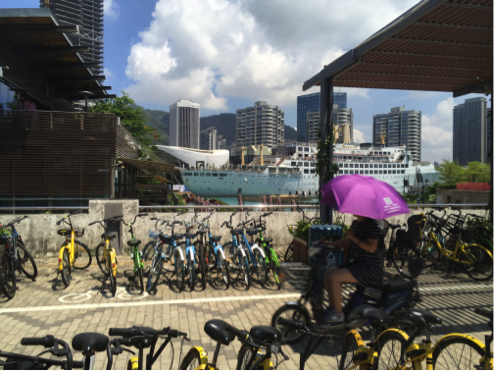 This speaks to the Chinese ethos of material functionality and use value as opposed to durability and long-term ownership, a point that was articulated in some of the engagements with Chinese urbanists. The bicycle hire model also responds to the shortage of space in the Chinese urban, since many people live in high rise apartments and it would be onerous to cater for bicycle parking in residential quarters. There are some lessons for South African cities regarding urban transport planning, especially the need to address the spatial history of apartheid and the inequality that it betrothed to the current cities. An integrated and reliable public transport system would be ideal in terms of addressing the problems of mobility and separation of affluent and poor areas in the urban as well as the distance between townships and places of employment.

Shrinking cities
Academics at the Peking University in Beijing discussed a phenomenon known as “shrinking cities”, which has become common in China, where the cities that have grown rapidly over the last couple of years are depopulating. This is not to be confused with dereliction and ghost towns but refers to cities that were built on the basis of an overestimation of the population and the rapidity of population loss in the Chinese case is similar to the speed with which people moved into these cities in the first instance. It is a curious case of differing fortunes, wherein, the Chinese cities are grappling with over provision of infrastructure leading to shrinkage and ghosting of towns while South African cities are grappling with under provision which leads to slumming and overcrowding of space.

The limits of untamed capital exigencies: urbanism with no soul?
Having travelled to many cities on the African continent and Europe, marveling at the beauty, life and architecture built over centuries, Chinese cities stand out for their shiny newness. For instance, in Portugal, you’ll find the old medieval church buildings dating back to the 14th century and other old structures, which attest to cumulative “urbaning” of the built environment whereas in China, the “destroy and build” method of urbanism has stripped the cities of personality and denied them the chance to incrementally urbanise. The history of Chinese urbanisation and the fabric of Chineseness can only be recounted in the many museums and is often missing in the spatial fabric of cities like Beijing. In European cities, the history is imprinted in the many layers of the built environment, and in African cities like Dakar in Senegal and Accra in Ghana, the cities resemble conurbated villages. These African cities are steeped in their history and one can read the transitions between rurality and urbanity within the space and the fabric of such transitional urbanism is tangible to the trained observer. My experiences of Beijing during this trip and on my previous visit in 2016 are similar, hugely formal and quite pedantic. Shanghai, however was a breath of fresh air, I could feel the soft fabric of the city. The buildings attest to design mastery and a kind of experimental ethos that is a marvel to watch. It is a Chinese city, but with a human face to it. 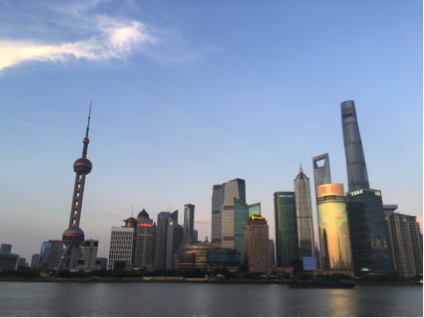 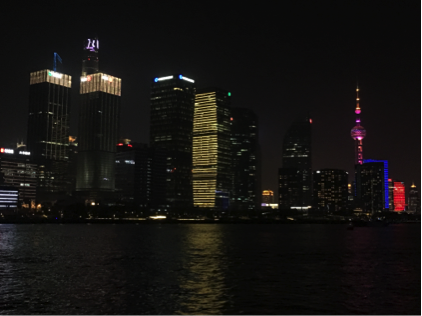 The gaps
The most glaring gap in the Chinese urbanism story, however pertains to the health of the population. In the presentations from Chinese scholars and from the literature, the effects of industrialisation are often implied but not elaborated and the emphasis on greening the environment is pertinent yet the basis for measuring the outcomes not explained in terms of the health of the population. While the story of Chinese development and urbanisation is admirable, perhaps African countries would benefit more from full disclosure of the effects and the hurdles that the Chinese have encountered rather than being presented with an image of perfection, which may be (mis)leading as a blue print. Other than this, China provides important lessons for African countries, and reinforces the belief that things can be done if there is political will and achievable targets are set. 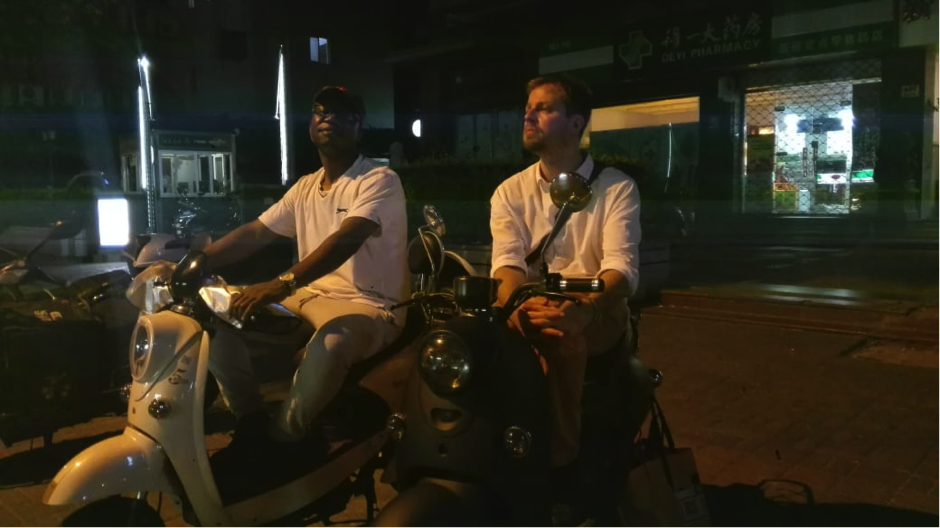 Khangelani Moyo is a Migration, China-Africa and Urban Studies Research Specialist with academic training in Sociology, Urban Studies, Anthropology and Migration Studies. He has worked in various research capacities at the University of the Witwatersrand since 2009 and is a published academic author in the fields of migration and urban studies. His research interests include issues of migrant movement, space and spatial identity in the city. He recently completed his PhD at the School of Architecture and Planning, University of the Witwatersrand. His PhD research focused on Zimbabwean migrants' mobilities in the urban space and how their spatial identities are negotiated in the city of Johannesburg.