Madoda Mkhobeni is a Street Photographer and for over a decade has been documenting the daily life struggles of people who reside in inner-city Johannesburg and Soweto. His project – ‘Trolley Pullers‘ – forms part of a long-term project focusing on the lives of migrants who collect recyclable materials, the challenges they face, and the ways law enforcement practices and city policies impact their livelihoods and well-being. Madoda sees Johannesburg as a city made up of spaces in which everyone is claiming a specific space. His photo story ‘Trolley Pullers’ aims to show spaces and realities of people which most of society does not (want to) pay attention to.

MA student Esther V. Kraler was in conversation with Madoda Mkhobeni who gave a personal account on his way of working, the role of time and space in his project and the friendships he formed along the way.
Check out the interview below:

To find out more about Madoda’s work, visit his profile here. 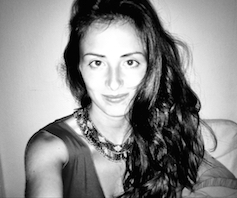 About the author: Esther V. Kraler is an MA student in Ethnic and Migration Studies at Linköping University. She completed her BA in Transcultural Communication at the University of Vienna. With her work, Esther wants to tackle the unspoken, to shed light on how who we are and what we do is influenced by structural and personal realities and to support alternative possibilities of knowing/being/feeling in the world. She is currently an exchange student at ACMS, and is also a maHp intern.